On May 19th, Li Minyan, general manager of CCIC Canada, was invited to take part in a video seminar on China’s 14th five-year plan hosted by CCBC and made a concluding speech. The Chinese ambassador to Canada, Cong Peiwu, delivered a keynote speech on the 14th five-year plan and the China-Canada economic and trade cooperation. More than 150 representatives from the Canadian business community and Chinese-funded enterprises in Canada attended the meeting.

Ambassador Cong Peiwu introduced China’s socio-economic development during the 13th five-year plan period and China’s successful response to the impact of COVID-19 as well as achieving positive economic growth in 2020. China’s 14th five-year plan was introduced from the aspects of improving the efficiency of development quality, insisting on innovation-driven development, forming a strong domestic market, optimizing regional economic layout, comprehensively deepening economic reform, promoting green development, and improving the people’s well-being. He pointed out that globally, China is a major market with the most potential. The development of China is an opportunity rather than a threat. China’s “14th five-year plan” development is not a solo but should be a chorus of countries. China-Canada economic and trade relations and the Chinese and Canadian economies are highly complementary. Particularly, Canada has competitive advantages in the fields of artificial intelligence, aerospace, information communication, and clean technology. He welcomed the Canadian business community to actively participate in China’s 14th five-year plan to deepen bilateral economic and trade cooperation and achieve win-win results. 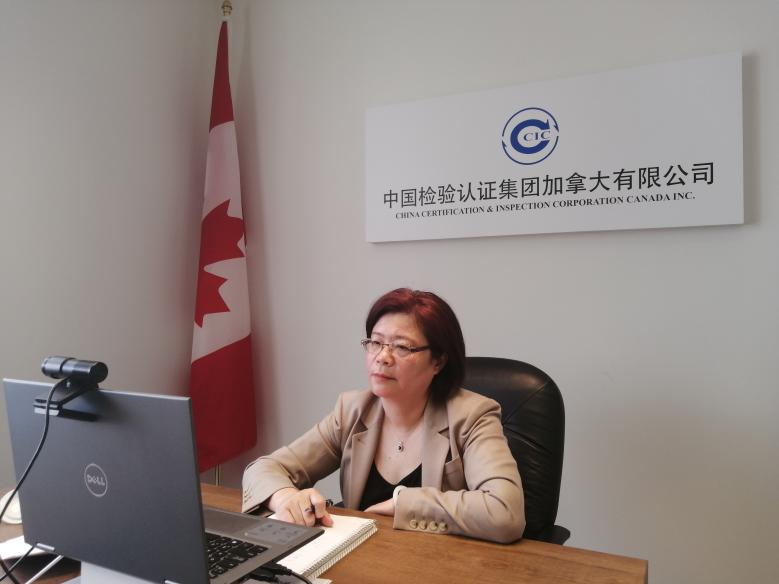 At the seminar, Li Minyan introduced the 40-year development history of CCIC and her personal experience of having gone through China’s 12th five-year plan and 13th five-year plan during more than a decade of working overseas. She looks forward to working with Chinese and Canadian entrepreneurs to seize the advantages of China’s huge market size and to share the dividends of China’s new stage of development so as to create a new prospect of mutually beneficial economic and trade cooperation between China and Canada.